The sensory space is the first-of-its-kind in the region, and has been built thanks to the generosity of our supporters, The Duchy of Lancaster Benevolent Fund, The W O Street Charitable Foundation and The Pennine Acute Hospitals NHS Trust Children’s Emergency Department Endowment Fund. 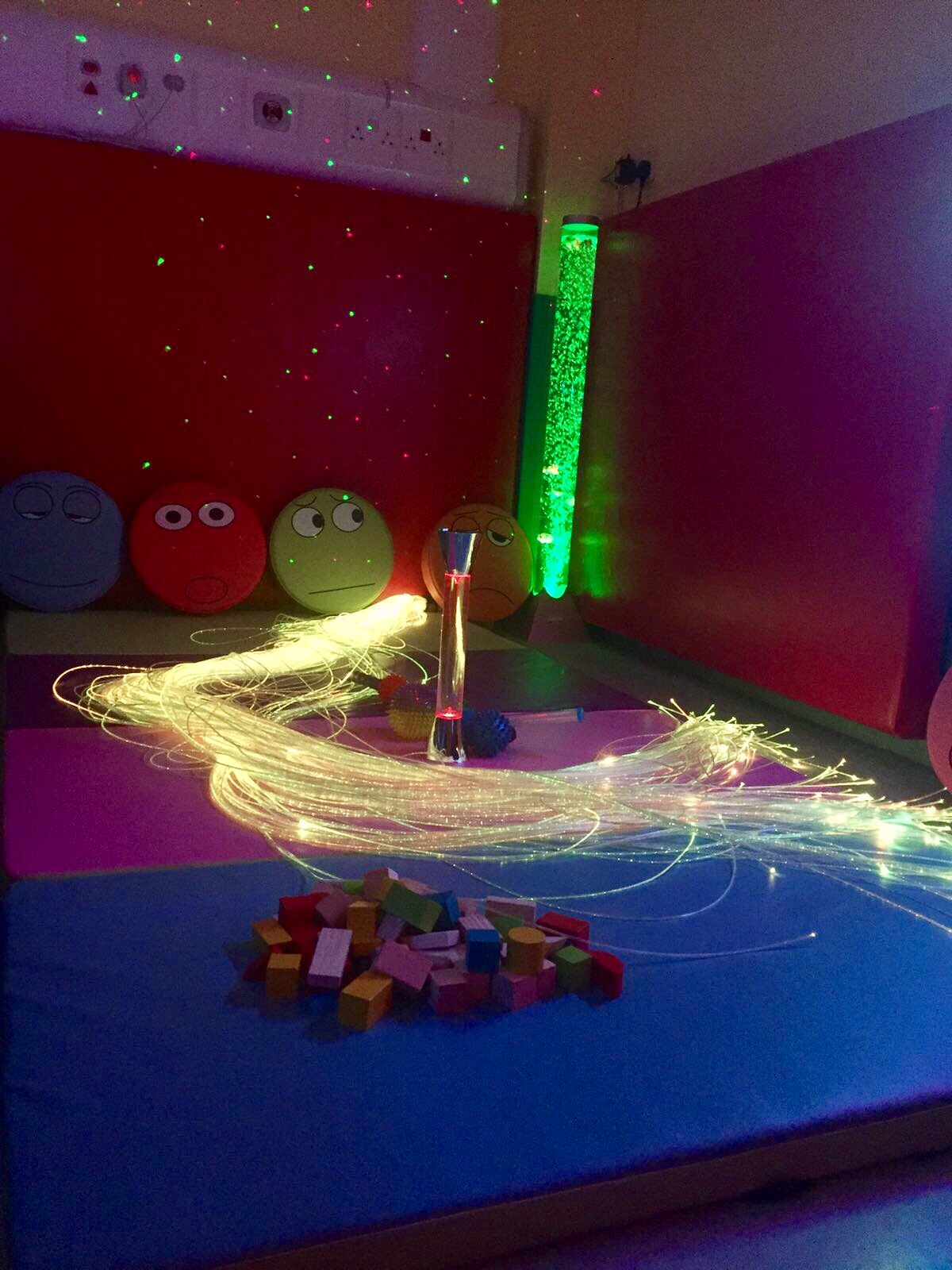 Inside the SicKids Sensory Space, lighting effects and tactile objects, together with emoji cushions, help to support the care of children and young people in the Emergency Department

Sensory facilities are proven to support the development of the senses – like touch, hearing and sight – through cool things like special lighting, music, tactile objects and a calming environment. While many hospitals and health centres in the UK have similar facilities in their children’s wards, there are very few with 21st Century equipment within their emergency departments.

The first of many

Our vision is to support the health and wellbeing of children and young people in both the North West and in Cambodia, South East Asia. While the two regions are geographically and culturally divergent, we believe there are stark similarities and opportunities for health professionals in both countries to share knowledge and develop strategies to relieve sickness and enhance the wellbeing of children and young people.

Because of that, in November 2017 we’ll open our second state-of-the-art sensory facility, this time at M’Lop Tapang, a non-governmental community project in Sihanoukville, Cambodia. We believe this will be the first such facility in Cambodia, and will offer life-enhancing opportunities for many hundreds of children and young people with developmental delay, which, due to its link to conditions related to poverty, is prevalent in Cambodia.

In attendance at today’s grand opening was Her Excellency Dr Rathchavy Soeung, Ambassador Extraordinary and Plenipotentiary of Cambodia, who was keen to learn more about how children in Cambodia will benefit from a sensory space. M’Lop Tapang’s Medical Team Leader, Ngov Chanravy, who is visiting the UK this week as part of a career development opportunity co-funded by a SicKids grant, thanks to the Burdett Trust for Nursing, was also present.

Her Excellency is greeted as she arrives at the Children’s Emergency Department of North Manchester General Hospital (credit: LeeBoswellPhotography.com)

Designed by children and their families

The SicKids Sensory Space at North Manchester General Hospital was designed by local children and their families, who volunteered to support the project with creative input and ideas to make the facility as welcoming, attractive and effective as possible.

To symbolise the unique partnership between SicKids and the diverse communities in the North West of England and Cambodia, our Trustees presented the Deputy Lieutenant and the Ambassador with friendship bracelets. The colourful bracelets, are hand-made by parents of children attending the M’Lop Tapang facility in Cambodia. The sale of each bracelet, for US$1.25, helps to support street-living and street-working children, young people, and their families, and keep children in school.

“Thanks to the generosity of our supporters, as well as The Pennine Acute Hospitals NHS Trust, I’m thrilled about the opening of the first-ever SicKids Sensory Space. An amazing team work here at the children’s emergency department at North Manchester General Hospital, and the sensory space will help them go even further in the lifesaving and supportive care they offer to acutely unwell and injured children within the local region.”

“It’s amazing that children, young people, and their families have co-designed this facility. Having a state-of-the-art sensory space in the children’s emergency department will really help the hospital to deliver better care to children and young people who attend the department with a learning or physical disability. It will also make the environment much more welcoming for children who are frightened about coming to hospital.”

“On behalf of The Pennine Acute Hospitals NHS Trust, sincere thanks to the team at SicKids, and their supporters, for providing this excellent facility. Over 30,000 children and young people attend the emergency department at North Manchester General Hospital every year. I have no doubt that the new SicKids Sensory Space will significantly improve the care we offer them.”

“I am delighted to welcome Her Excellency Dr Rathchavy Soeung to the fantastic city of Manchester, and to have the pleasure of opening this wonderful sensory space at North Manchester General Hospital. I’m sure it will make a great difference to the quality of care offered to children and young people. I look forward to hearing about the success of the facility, as well as the forthcoming opening of the sensory space in Cambodia.”

We’re still fundraising for our next Sensory Space in Cambodia, as well as future facilities in both the UK and Cambodia. Click here to support us.