Sedgley Park Rugby Club (SPRUFC), also known as the Sedgley Tigers, from Whitefield in Bury, Manchester, have two charity games each season, one in November and the other in March. We’re thrilled that the club supported SicKids at its November event this year. The game was a league game vs Blaydon RFC which SPRUFC won 43-26. SPRUFC plays in National League (North) Div 2 and is currently ranking fourth in this division. The league is incredibly tight at the top with two points separating the top five clubs.

A massive thanks to the club for hosting a lunch before the match, with the proceeds going to SicKids. The lunch raised an amazing £1750, which will help us support children and young people in the North West of England and in Cambodia in 2018. 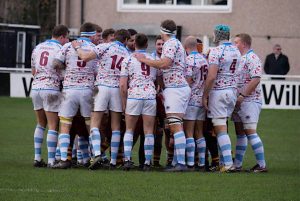