Thanks to Sedgeley Park Rugby Club

For the second time, Sedgley Park Rugby Club (SPRUFC), also known as the Sedgley Tigers, from Whitefield in Bury, Manchester, held a charity match in support of SicKids. The game was a league game vs Hull Ionians. Despite the Tigers leading for the majority of the match, the Hull team gained a lead in the final minutes to win 35-29. 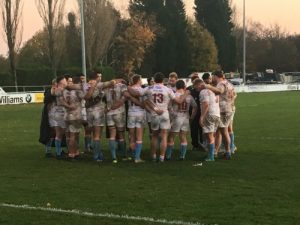 Our Trustees Dianne Cook and Jenny Brown were at the match, cheering the Tigers along. The match was followed by a charity lunch, with the proceeds going to SicKids. The event raised an amazing £1,600. Thank you to everyone who contributed! 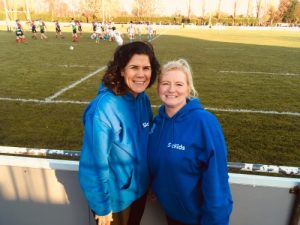 Jenny said: “We’re so grateful to Sedgley Tigers and their supporters for their generosity and kindness. To add to the excitement, the match was thrilling. The funds will help us support the health and wellbeing of children in both the UK and Cambodia.”